Continued from the Home Page

Pediatric traffic deaths decrease sharply as use of child safety seats and seat belts increases, according to two recent studies that examined child safety restraint use.
While outcomes varied dramatically by state along with estimated use of safety equipment, state laws regarding child seat and safety belt use had no quantifiable effect on usage or fatality statistics. Statistics for Missouri and Illinois closely tracked the national data.

One study found that 20 percent of children younger than 15 involved in fatal accidents were not properly restrained. Reducing that rate to 10 percent could avoid about 232 pediatric deaths annually, the study concluded.

Researchers used federal statistics to measure outcomes for children who were passengers in vehicles involved in accidents that caused at least one fatality. The pediatric motor vehicle mortality rate ranged from 0.25 per 100,000 children in the population in Massachusetts to 3.23 in Mississippi. The national rate was 0.94.

The project, published recently in the Journal of Pediatrics, was conducted by researchers at the Center for Surgery and Public Health at Brigham and Women's Hospital in Boston and the University of Texas Southwestern Medical Center in Dallas.

From 2010 through 2014 there were 2,885 fatalities among 18,116 children who were passengers in vehicles involved in fatal crashes

"On average across all states, 20 percent of children involved in a fatal crash were unrestrained or inappropriately restrained at the time of the crash, 13 percent were inappropriately seated in the front seat and nearly 9 percent of drivers carrying a child passenger were under the influence of alcohol," wrote lead author Lindsey L. Wolf, M.D., M.P.H., of Brigham and Women's Hospital and Harvard Medical School.

"Crashes were most likely to occur on state highways (35 percent) and on roads classified as rural by the Federal Highway Authority (62 percent)," the paper continued."There was substantial state-level variation of the key predictors . . . The percentage of children who were unrestrained or inappropriately restrained varied from 2 percent in New Hampshire to 38 percent in Mississippi."
Protective effects were found for children riding out crashes in vans -- the percentages of fatalities by vehicle type were vans, 14 percent; pickup trucks, 17 percent; sport utility vehicles, 24 percent; and cars, 42 percent.

Speed
Children were less likely to die in crashes occurring on highways with speed limits of 65 to 80 miles per hour. About 24 percent of pediatric fatalities occurred on higher-speed interstates while 52 percent took place on highways posted at 45 to 60 m.p.h.
"After adjusting for the other factors . . . the independent effect of speed limit became protective," the paper said. "This may reflect unmeasured characteristics of roads with high speed limits, such as better maintenance, fewer curves, wider lanes and shoulders and more expeditious access by emergency medical vehicles."

State child restraint laws vary in strictness, the ages of infants and children who are covered, the size of fines and the method of enforcement -- some states allow child restraint citations to be written as a primary offense while others permit only "secondary enforcement" if the driver is being ticketed for another offense.
"Seat belt and car seat laws did not have significant associations with the outcomes," the Brigham-Texas paper explained. "This finding suggests that there may be a gap between legislation and enforcement of these regulations."
However, the study stated, "State policy characteristics are an important mechanism to decrease pediatric deaths from motor vehicle crashes. Further, full implementation of policies is necessary to ensure child safety--uneven implementation and enforcement may contribute to the state-level variation we observed."
The existence of state laws allowing red light cameras at intersections was associated with lower rates of pediatric crash fatalities, but the authors were stumped for an explanation. They noted that evidence on the effectiveness of red light cameras in general is questionable. 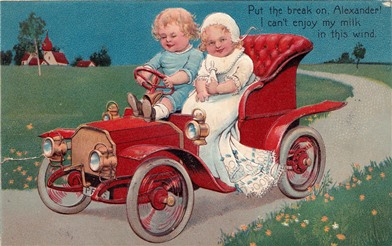 
Missouri and Illinois
Over the 2010-2014 period covered by this research, 473 children were involved in a fatal crash in Illinois and 75 died. In Missouri 17 of the 539 children involved in such crashes died.
In Illinois, 22 percent of children involved in fatal accidents were unrestrained as were 20 percent of Missouri children. Both states experience the risks of rural roads -- 45 percent of fatal pediatric accidents in Illinois and 62 percent in Missouri occurred in rural areas. As for interstates with 65- to 80-m.p.h. speed limits, only 11 percent of fatal accidents in Illinois and 19 percent in Missouri were recorded on the higher-speed pavement.
The study compared state outcomes by AAMR, or "age-adjusted, mean motor-vehicle-crash-related pediatric mortality per 100,000 children." In Illinois the rate was 0.60 per 100,000; in Missouri it was 1.50.
The states with the highest mortality rates were Mississippi, 3.23; Alabama, 2.71; Montana, 2.23; West Virginia, 2.16; and Oklahoma, 2.02. The lowest rates resulted in Massachusetts, 0.25; New York, 0.29; New Jersey, 0.32; Rhode Island, 0.33; and Washington, 0.33. 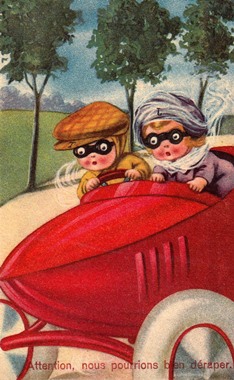 Another View
"We cannot say with high statistical certainty whether the probability of dying in a fatal accident has decreased due to the (child safety) laws," stated a paper published this year in the Journal of Policy Analysis and Management.
The report, "U.S. Child Safety Seat Laws: Are They Effective, and Who Complies," was produced by Lauren E. Jones of the Ohio State University Department of Human Sciences and Nicolas R. Ziebarth of the Cornell University Department of Policy Analysis and Management.
"Our most conservative estimates suggest that the laws increase child safety seat use by about 50 percent . . . . our estimates suggest that at least 2.7 million (U.S.) children under the age of eight ride in safety seats each year as a result of more stringent laws," this report stated. "We also find suggestive evidence that the increasingly strict legislation reduced the risk of dying in a fatal crash, although our coefficient estimates are generally small in magnitude and imprecisely estimated."

Much of the increased use of child seats may come from parents who previously were buckling children into seat belts. "Our findings primarily show a substitution effect . . . rather than a substantial decrease in the share of unrestrained children. This finding also may be an explanation for why we do not find a large, statistically significant impact of the laws on the likelihood that children die in fatal accidents."
This paper concluded that data cannot demonstrate that safety seat laws save more than 39 children's lives annually. The authors also suggest that higher fines are not a meaningful deterrent. "Other regulatory tools, such as information campaigns, may be effective in producing the intended behavioral changes among parents."

Regional laws
Neither Missouri nor Illinois laws limit child restraint citations to secondary enforcement. According to the Brigham and Texas research paper, state fines for an initial violation of child safety laws range nationally from $10 to $500.

Children less than 4 years old or less than 40 pounds must be in an appropriate child safety seat.

Children ages 4 through 7 who weigh at least 40 pounds must be in an appropriate child safety seat or booster seat unless they are 80 pounds or 4'9" tall.

Children 8 and over or weighing at least 80 pounds or at least 4’9” tall are required to be secured by a safety belt or buckled into an appropriate booster seat.

The fine for violating this law is $50 plus court costs

In Illinois, the law states that each driver and passenger of a motor vehicle must wear a properly adjusted and fastened seat safety belt.

Provides that whenever a person is transporting a child under age 8, the person is responsible for properly securing the child in an appropriate child restraint system, which includes a booster seat.

Every person, when transporting a child 8 years of age or older, but under age 16, is responsible for properly securing that child in a seat belt. If the vehicle used to transport children under eight years of age is equipped with lap belts only in the back seat and the child weighs more than 40 pounds, the child may be transported in the back seat wearing a lap belt only. If a combination lap and shoulder belt is available, the child must be secured in a booster seat.

Violators of the Child Passenger Protection Act are subject to a $75 fine for the first offense and are eligible for court supervision if they provide the court with documented proof from a child safety seat technician of a properly installed child restraint system and completion of an instructional course on the installation of that restraint system. A subsequent violation is a petty offense with a $200 fine and not eligible for court supervision.
###
R Stoff

Subscrbe to Our Newsletter

Subscribe to our Newsletter by clicking here.
Updated October 20, 2017